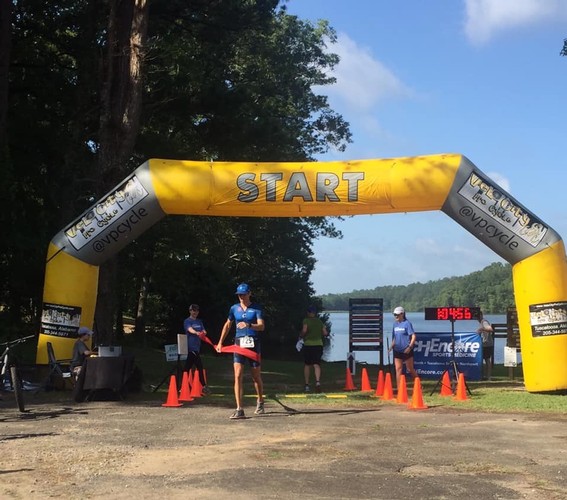 This was the 4th annual DSG duathlon put on by a local hospital rehab team. With just under 100 racers, this race is a fun test without having to go very far from home.

A mass start begins the 10mile mountain bike leg. I traded places with two other racers for the first mile before pulling away. A large gap had formed behind me at transition, and I couldn’t see 2nd place, so had no clue how far ahead I was.

Transition was seamless and I began the off-road 5k. This course is an out-and-back, so I knew if no one caught my by thevturnarou id be able to get a rough time gap guess. Three and a half minutes after the turnaround I crossed baths with 2nd and 3rd! I knew as long as I didn’t fall or cramp I was probably not getting caught! I crossed the finish line at 1:04 for the overall win!!!


this was an especially cool race for me as it was the first real race for my wife and one of our employees whom signed up because she heard us talking about it.