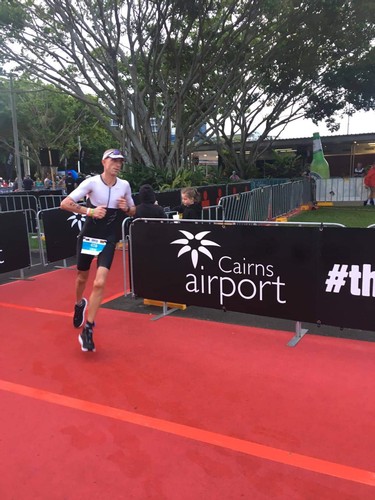 June 11, 2019 - Probably the most challenging conditions I've every raced in. Swim was choppy, bike was windy and hot and the run was the same. Overall proud to have hung tough and get second in the 45-49 age group and 23rd overall (9hrs 28min) in what was the Asia Pacific Ironman Championship.

Overall proud to have hung tough and get second in the 45-49 age group and 23rd overall (9hrs 28mSwim - First time I've experienced rolling starts in a race which was interesting but made for quite a long wait for the start. Once underway it was a lot more open than a mass start with no fighting for position. Conditions meant for a choppy swim. 1hr 09min

Run - With the head wind on the bike for the last 60km it was a relief to start the run however I underestimated how much the bike had taken out of the run legs. On the first lap of the run (of four) I managed to run to race plan the rest was just survival and thankfully the majority of the field were all struggling with the heat and wind. 3hrs 17min.

All and all really happy with the result.