Be Wary of a Race That Has "Hill" in the Title 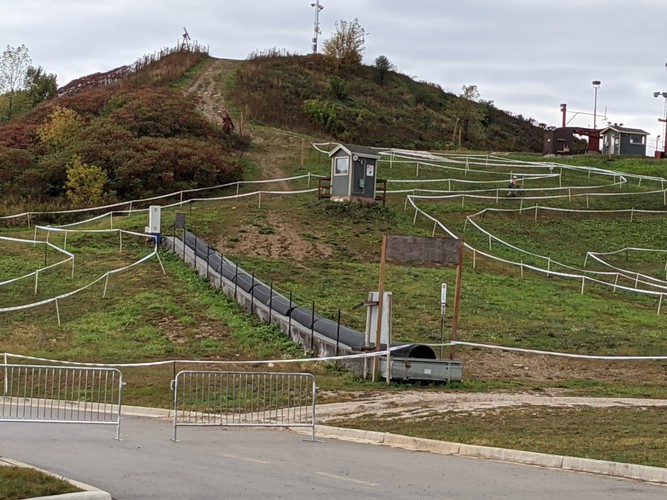 A lot of climbing, a lot of descending. 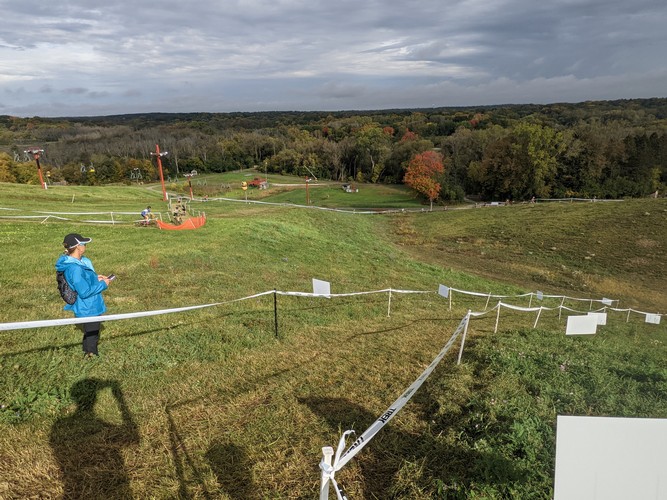 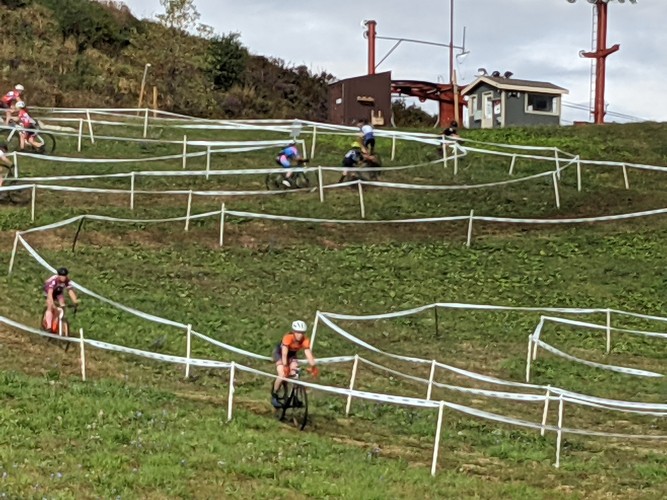 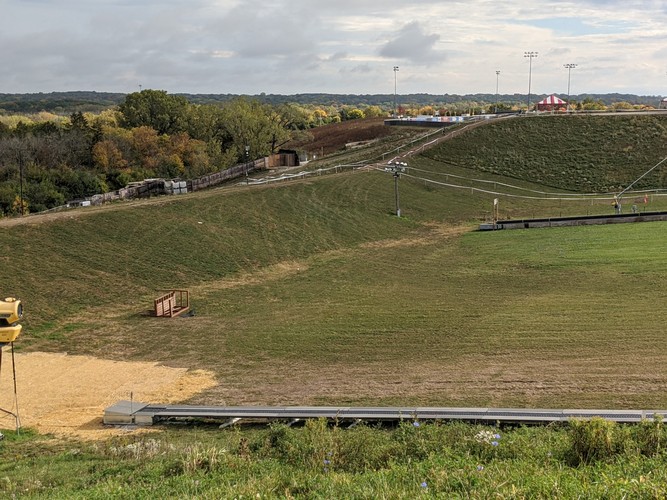 After yesterday's crash and feeling pretty bad about the string of bad luck I've been having in races, I was looking forward to getting back on track. I wanted to have one race where I didn't crash or have a mechanical or both. I arrived at the course and my eyes were drawn skyward. I knew this course was being held on a ski hill, but the reality didn't hit me until I saw it in person. My thoughts immediately turned to "this is not a good course for me". Which it wasn't. But I didn't want to dwell on the negative. I started my preride laps and chugged up the hill. Then down the hill, around some off-camber switchbacks. More climbing (or walking as the case was) and more downhills. This was going to be a brutal one.


I altered my goals to include "survive the race" as opposed to being competetive. I knew I would have to race this one differently in the sense that I would have to purposely hold back on certain sections to save energy for the really hard ones as well as to be able to complete the race without blowing up.


I won the hole shot, which gave me the choice of line and speed going into the first U-turns section. After that, I settled into a slow but comfortable pace leading into the first climb. I managed to ride it at my pace, but near the top, I had caught the back of the first race wave. This made it difficult for the next set of descents and S-curves. I ended up having to take unideal lines and went down 3 times in the next 30 seconds. Fortunately not hard or fast, and not too time detrimental, but each time was another pounding on my already bruised hip (I think I got a bone bruise from yesterday's high speed crash). The rest of the race, I focused on riding steady and controlled and recovering in the sections I could. In the end, I surprised myself by finishing 4th and not far from 2nd. I'll take it!