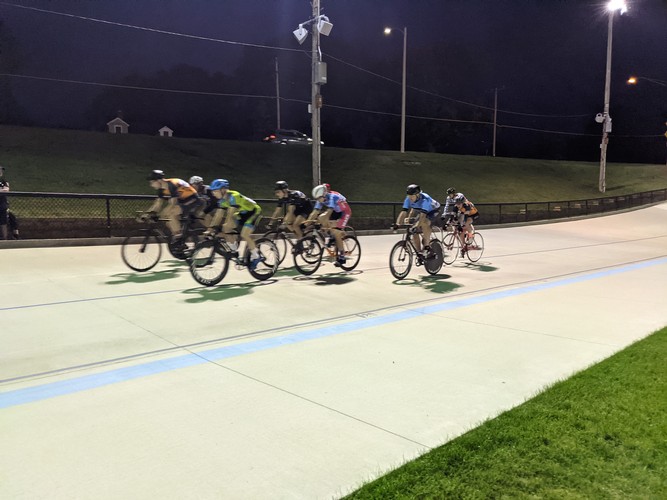 June 30, 2021 - Another Tuesday night in Kenosha. Four races on the card. I got better as the night went on.


I did not sleep well the night before; very restless. As a result, I didn't get enough sleep in total and not enough REM or deep sleep. My Whoop recovery was a surprising 91, although I felt a bit tired and groggy all day.


In the first race, I had difficulty getting up to speed quickly enough to match the surge on the final lap. Legs just felt dull. Likely from the prior weekend's workouts, which were a bit tough and sapping.


In the second race; same distance, diffrent field, I was still feeling sluggish, but slightly better. Was able to come in for a solid second place. Based on the competition, first place was nearly impossible.


In the third race, I just couldn't muster the legs for the surges and sprints on each lap. I didn't score a single point.


In the last race of the night, I was finally feeling stronger. I rode myself into the race and let the first 2 sprint opportunities go by. The pack slowed and I attacked, with the intent of trying to gain a lap. I think the farthest ahead I got was about 1/3 of a lap before the pack caught up to me in their acceleration for the 4th sprint. I sat it out, being gassed from the effort. Then the pack sat up again. Somehow, I found myself at the front, where I didn't want to be. It turned out OK, though as I accelerated and powered through the last lap for the 10 point haul. As a result, I won the race.